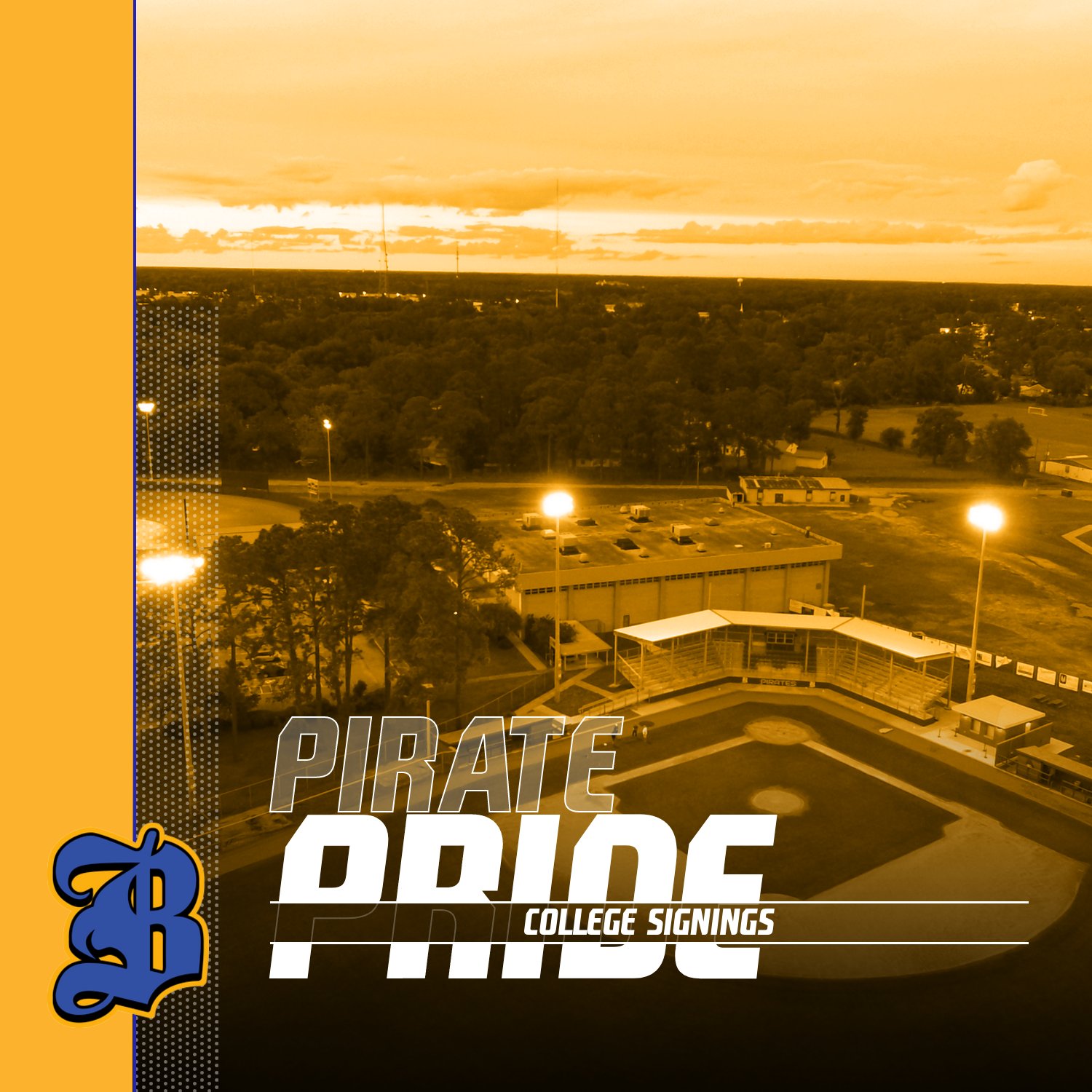 The following is a look at each player and where they have decided to go to continue their education and athletic careers.

Patterson loved his time playing football and baseball for the Pirates, but he’s looking forward to taking the diamond with the baseball team at Covenant College in Lookout Mountain.

“After visiting and meeting with the coaches, the atmosphere of the college was just perfect for me. I really liked it, the people were always nice, and they had a great cafeteria,” Patterson said jokingly when asked about his college choice.

Patterson’s senior season with the Pirates was cut short by the current coronavirus pandemic, and the Scots, who compete in NCAA Division III, also had to come off the field early due to Covid-19. They played 15 games and compiled an 11-4 record before their season came to a sudden halt like every other high school and collegiate spring sports team.

Patterson will look to get some playing time in the Covenant outfield when the Scots can return to the field.

Outgoing BHS coach Brian Crawford wished Patterson the best at the next level.

“I can’t say enough about him as a student-athlete,” Crawford said. “He was a great team player. He’s one of the fastest players I have ever coached. His speed gives him the chance to bring so many valuable things to a team and allows him to play multiple positions. Hopefully, that will give him a chance at Covenant to earn playing opportunities.”

Patterson battled injuries in his high school career but managed to persevere and get a chance to play collegiate baseball. He also credits football for helping him get this chance.

“Football taught me about life as much as anything and getting knocked down, getting back up and dusting yourself off. It really helped me as a student-athlete, being dedicated and things like that,” he said.

“My time at Brunswick, I’ll never forget it,” he said. “It was great. I miss it already, and I haven’t left yet.

“I’m going to miss it, but I have no better place to thank than Brunswick High for developing me as a student and an athlete.”

Hubbard is soft-spoken and admits to sometimes lacking confidence in herself.

It’s something she wants to keep working on as she gets ready to head to Jackson State University in Jackson, Miss., to play softball and further her education.

That she earned an opportunity to play in college should bolster her confidence as should her familiarity with the college game and her new head coach.

Jalia used to be the bat girl for the Alcorn team which was also coached by Kevin Montgomery who is now leading the Jackson State program.

Montgomery kept his eye on Hubbard as she grew up playing fast-pitch ball and began recruiting her heavily last summer prior to the start of Brunswick’s 2019 season. Hubbard really wasn’t sure that she wanted to play college softball, but she did take a visit to Jackson State last fall and ultimately decided she would give it a go.

“The school had the qualities I was looking for, the same qualities that are here at Brunswick High,” Hubbard said. “The softball team seems like a family.”

Hubbard played one season for new BHS coach Nicole Bailey who took over the Lady Pirates program in time for the 2019 season. Bailey quickly identified Hubbard as one of the players she would rely on most to help her establish her plans for the Brunswick team.

“She always has a smile, is always happy, just has a positive attitude,” Bailey said. “She’s a great leader with a positive spirit and helped me feel more comfortable coming into a new environment. I will always remember that.”

Hubbard helped the Lady Pirates topple rival Glynn Academy in the annual City Championship series which was probably the most memorable highlight in the 2019 BHS season which also included winning in the first round of the Class AAAAAA state tournament.

“We’d been waiting to do that for four years,” Hubbard said of knocking off Glynn.

Giles entered her final season with the Lady Pirates already knowing where she would be playing college softball.

She committed to Georgia State toward the end of her sophomore year at BHS. Her commitment date was April 23 to be exact.

Giles officially signed with the Lady Panthers this fall, ending what had been a long recruiting process for the aspiring collegiate player that began really before she stepped to the plate for the Pirates as a freshman.

“I was emailing a bunch of coaches my eighth, ninth and 10th-grade years,” she said. “The hard work paid off. It was definitely a big relief to get that done.”

Georgia State spotted Giles the summer after her freshman year during a showcase tournament involving travel-ball teams and put her on its lists of prospects to watch. They ultimately made her an offer that Giles was quick to accept.

“I chose Georgia State because it’s close to family. They gave me a really good scholarship. I actually like the campus, and the coaches are lovely,” Giles said. “Oh my gosh, they’re so welcoming, and the whole team is like a family unit, so I was like, ‘I’ve got to go here.’”

Giles was an all-region selection for the Lady Pirates, helping the team topple Glynn Academy to claim the City Championship before going on to win in the opening round of the Class AAAAAA state tournament.

“I didn’t let the (City Championship) trophy go for like an hour,” Giles said, recalling her emotions after winning the local rivalry series. “I took like 1,000 pictures after the last game.”

A starting outfielder with one of the Lady Pirates’ biggest bats, Giles was another player who helped make it easier for Bailey to begin putting her stamp on the BHS program in her initial year as the team’s head coach.

“She helped make me comfortable here, and again I will never forget that,” Bailey said. “To be embraced by the seniors as a new coach is always special. She was always so relaxed. She’s dynamic on the field, and I think she will do big things at Georgia State.”

Giles is scheduled to report to school in August if Georgia State’s campus in downtown Atlanta is able to open for students. In the meantime, she will continue to work out and stay in shape to be ready to go when its time to begin her career with the Lady Panthers. Part of her workout regime will include doing long toss while throwing a football to improve arm strength.

“Hitting is definitely my strong suit. I’m pretty solid in the field, but you can always improve,” she said.