Glynn County Athletics is set for its student-athletes to return for summer workouts on Monday.

Last week, the athletic department released its Return to Play guidelines that will be implemented to help prevent the spread of Covid-19 as teams at Brunswick High and Glynn Academy will start weight lifting and conditioning exercises for the first time since mid-March when the coronovirus pandemic forced the suspension of prep athletics across Georgia.

On Thursday, GCS Athletics hosted a press conference inside the GA football fieldhouse with local media to showcase the items including hand sanitizer, masks and cleaning agents that will be put to use as the local athletic teams prepare to workout under the requirements issued by the Georgia High School Association. 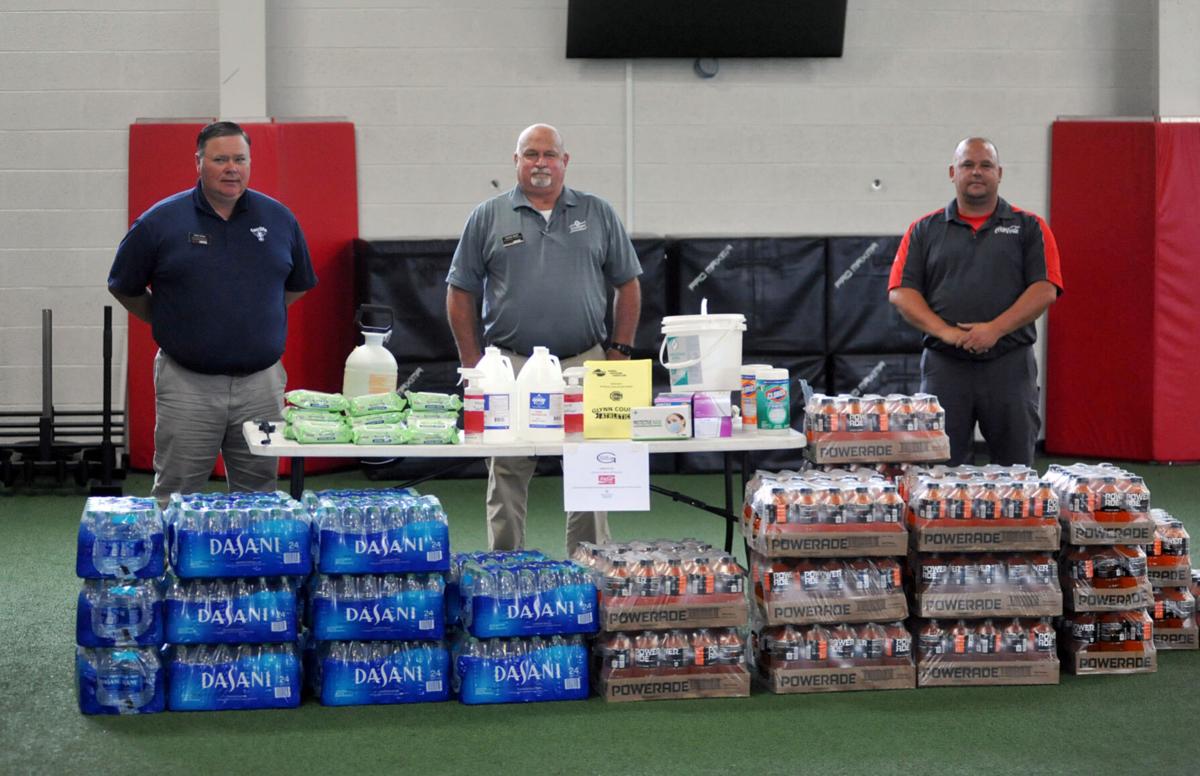 Coca-Cola and Southeast Georgia Health System, both sponsors of local athletics, donated items including Powerade and water bottles for use during the upcoming training period. Representatives from Brunswick Coca-Cola were on hand for Thursday’s press briefing along with the athletic trainers from the health system who work regularly with the local athletic programs.

Recently, the GHSA voted to allow its member schools and their athletic programs to return for conditioning workouts on June 8 but will not allow practices, scrimmages, other competitions or camps involving multiple teams. No sport-specific activities such as passing leagues for football teams or batting practice for baseball teams will be allowed in June. The GHSA has not presented any guidelines or possible plans for activities beyond this month at present time other than noting the starting dates for official practices for fall sports.

School systems across the state are required to submit their local plans to protect against the spread of the virus among those involved in the conditioning activities. Glynn County’s plan, which was put together with help from the sports medicine team at SGHS, follows guidelines issued by the GHSA as well as other federal and state health officials.

The complete local plan can be viewed here.

GCS athletic director Steve Waters thanked all those who have played a role in helping prepare for Monday and beyond as the local teams navigate through workouts under the current rules.

“This has been a team effort between the coaches, athletic staff, and our great partners at Coca-Cola and Southeast Georgia Health System,” Waters said. “We could not get back to work on June 8 without the amazing support of Coke and the Health System.

“Our coaches and student-athletes are very excited to get back to work. We are 100 percent committed to working hard to provide a safe, clean environment for everyone participating.”

Waters noted that both the GA and BHS football teams, cross country squads, softball teams and baseball teams plan to hold workouts throughout June. Football, cross country and softball are fall sports which are currently scheduled for official practices in late July with their seasons still slated to begin in August.

The guidelines all these teams must follow to hold workouts include screening all athletes and coaches who will be involved prior to every session, holding workout groups to 20 or less including coaches while keeping athletes and coaches within their same groupings and forbidding the use of team locker rooms as the athletes must come dressed for the workouts. 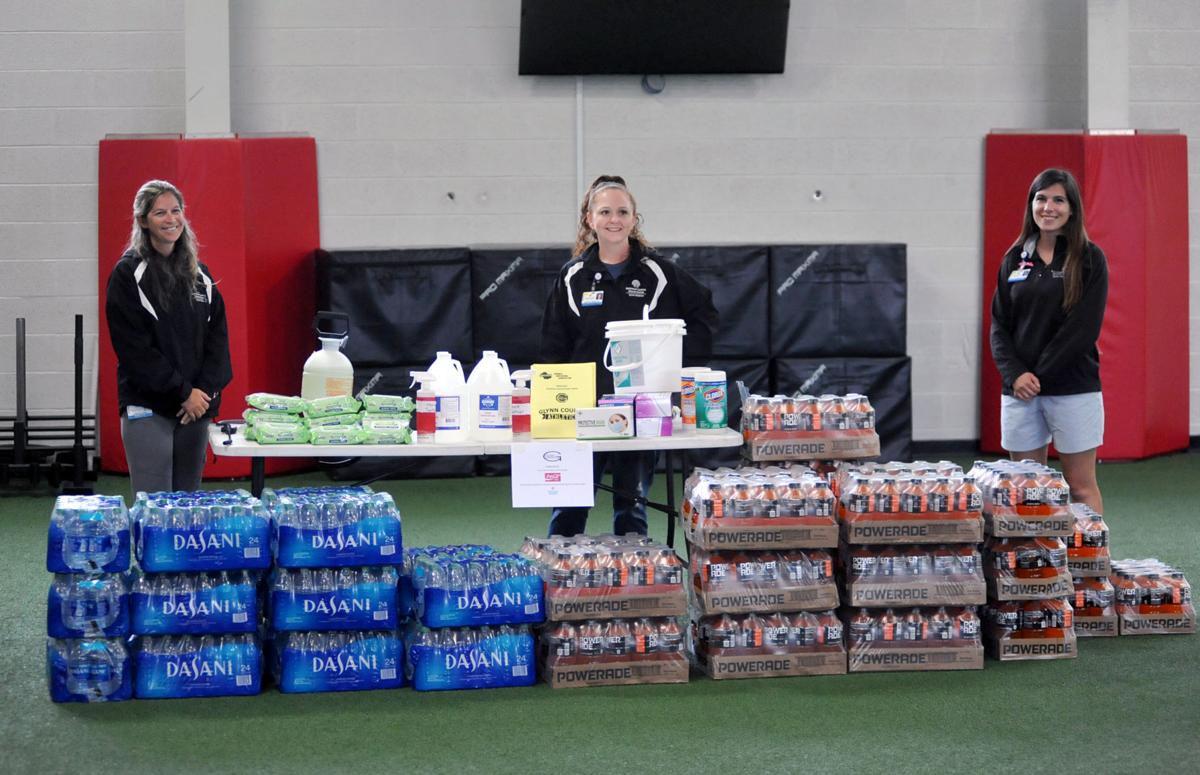 The local athletic trainers collectively agreed that educating the athletes on what will be asked of them will be critical to helping alleviate any problems that could arise. They have already held meetings and discussions with the coaches to go over what is expected of them as well.

Chantal Pierre, the trainer assigned to Brunswick High, and Marissa Hermsen, Glynn Academy’s assigned trainer, both expressed concerns about injuries among the athletes upon their return to working out after perhaps putting in limited or no work on their own during the layoff that began in mid-March when all athletic activities were suspended in schools across the state.

Football teams were deep into their offseason training regimes at that time with spring practice approaching while spring sports teams had their seasons suspended and eventually called off in midstream.

The trainers said they would be working with any athletes who might already have injuries or those who develop one upon their return by scheduling individual appointments to keep from having multiple athletes in the training room at once and possibly making it difficult to follow social distancing protocols as a result.

All three athletic trainers present Thursday have had experience screening everyone coming into the local hospital since the pandemic started which they said will now help them as they conduct a similar screening process prior to the workouts by the local athletic teams.

Next Week: What the Glynn and Brunswick football teams will do upon their return to campus to continue preparations for the 2020 season