But, by no means is this a normal summer for the Pirates and Red Terrors at present time.

All schools that are members of the Georgia High School Association were allowed to return for conditioning workouts starting on Monday under strict guidelines related to preserving the health and safety of the participants and hopefully limiting the spread of the coronavirus.

And right now, all teams can only hold physical conditioning workouts in small groups. They can’t train with sport-specific equipment such as a football or pads. So, that means no 7-on-7 passing competitions or drills that perhaps involve limited contact in shoulder pads and helmets.

The protocols that are now in place require teams to limit workout groups to 20 people including athletes and coaches and all participants must go through a daily screening process that includes a temperature check.

It is recommended that participants wear masks and adhere to physical distancing guidelines. All workout equipment must be properly sanitized during and between all group workouts. There are several other guidelines schools have to follow as well.

The GHSA only issued guidelines for the voluntary conditioning workouts that are to be held for the remainder of June. Teams will await word on what might be allowed the remainder of the summer prior to the start of official practice for all fall sports programs in late July.

For now, the state still plans to begin the 2020 season on time with preseason scrimmages allowed the week of Aug.6 and Aug. 13 and games starting the following weekend.

The GHSA suspended all athletic activities in mid-March when the coronavirus pandemic became a major concern. Most football teams across the state were well into their offseason programs at the time with spring practice set to take place starting in late April into early May prior to the end of school. The GHSA cancelled the spring sport season in April when schools across Georgia were ordered to remain closed for the remainder of the school year.

When the GHSA voted last month to allow member schools to return for summer conditioning starting June 8, GCS Athletics released a Return to Play guide that follows the GHSA guidelines as well as other federal and state guidelines for protecting against the spread of the coronavirus.

The following is a look at how the Pirates and Terrors plan to navigate the conditioning workouts this month. 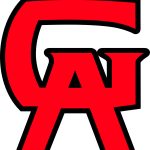 GA head coach Rocky Hidalgo said the Terrors will lift weights in their weight room and run on the practice field Monday through Thursday.

Glynn has divided its team into eight different groupings for workouts that will last close to an hour each day.

“It’s going to be different, but we’re excited to see our kids again and look forward to returning to some sort of normalcy,” Hidalgo said.

Each group will go through a warm-up period after their pre-screening before lifting weights and running to finish out their session.

“In the course of a year, we have five phases of workouts which includes spring practice and the season,” Hidalgo said. “We’re starting back in phase one like we do in January to begin the offseason.”

Hidalgo said this will allow the coaches to evaluate each player individually while also sizing up where they are collectively as position groups and team.

The GA coach said the Terrors will work through the basic weight lifts and running exercises as they attempt to build up to conditioning drills that will get them prepared to return to the field for regular football practice in due time.

Hidalgo said that the Terrors will also spend some time in meetings after workouts as the front-line players dissect the play-book to prepare for preseason camp. 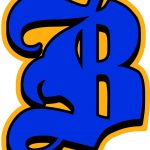 The Pirates also plan to hold campus workouts Monday through Thursday the next several weeks.

BHS head coach Sean Pender said the Pirates will be divided into as many as six groups by positions including offensive line/running backs, wide receivers/quarterbacks, defensive lineman/linebackers, linebackers/defensive backs and specialists/ninth-graders.

He added that any players who might play on both sides of the ball this season were placed in their appropriate group on defense.

“This was done strictly by numbers and was the easiest way for us to fit everyone in,” Pender said.

He also is excited about seeing the BHS players again.

“You miss the kids,” he said. “But obviously, we have to get back to lifting. A lot of the kids have been working out on their own, but it’s different in the team environment.

“We’ll hit all the core lifts and break those up in the workouts and see where our kids are. One of our days will also be what we call active recovery and that’s geared toward preventing injuries which is a key part of our weight program.”

Pender said the Pirates also hope to build up to returning to the field for practice next month.

“We’ve got to run, get in shape, get acclimated to the heat,” he said. “But, the last week of conditioning, we hope to be able to do more position-specific drilling.”