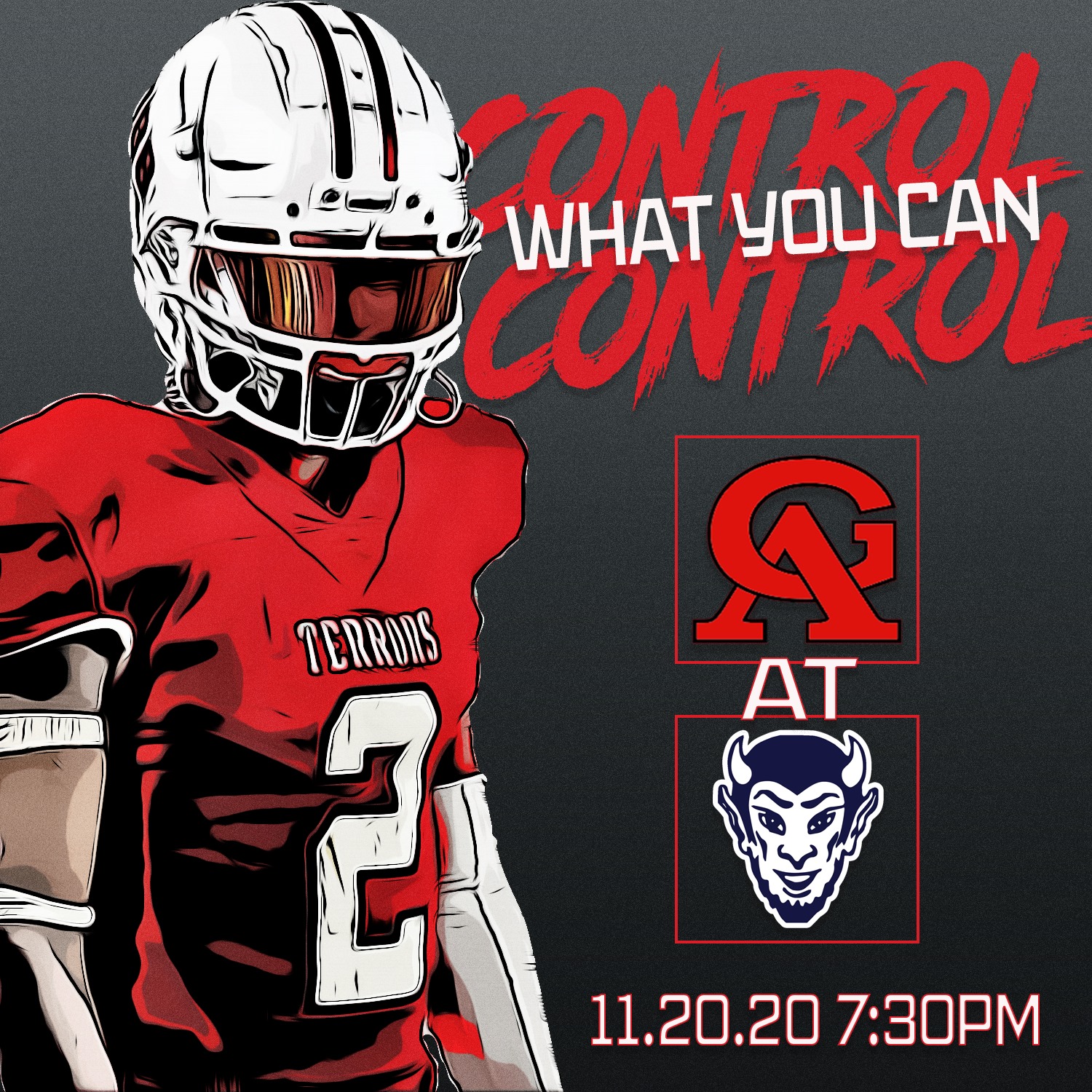 A look at the Terrors’ next game:

Fun Fact: Glynn and Statesboro played against each other for the first time back in 1936. The game was played in Statesboro with Glynn winning 26-0. The schools did not play again until 1976.

The Skinny: Both Glynn and Statesboro are assured of playoff berths as the four teams making the playoffs from Region 2-AAAAAA have already been determined. The outcome of this game will determine seeding, however.

The Red Terrors can claim at least a share of the region championship with a victory over the Blue Devils and would be the region’s No. 1 seed for the Class AAAAAA state playoffs no matter what.

A win would definitely leave the Terrors tied atop the region standings with at least Richmond Hill which wrapped up its regular season last week. The teams would both have one region loss, but Glynn defeated the Wildcats head-to-head and would be declared the region champion.

However, Brunswick can also claim a share of the region title by defeating Effingham in its season finale Friday and forging a three-way tie for first in the league standings with Glynn and Richmond Hill. Brunswick beat Glynn, but lost to Richmond Hill, which of course lost to Glynn.

In this scenario, Glynn would get the top seed through the tiebreaker which is points allowed in games involving the teams that are tied. The Terrors allowed the fewest combined points in their games against the Pirates and Wildcats and thus would be awarded the No. 1 seed. Because Richmond Hill won the head-to-head meeting with Brunswick, the Wildcats would get the No. 2 seed and Brunswick would be the No. 3 seed.

Though the Terrors will be on the road on Friday, they will be favored to defeat the Blue Devils on their home field.

Since losing their league opener to rival Brunswick on that 75-yard tipped pass for a touchdown by the Pirates in the closing moments of the City Championship Game, the Terrors have reeled off four straight wins in the region including their 7-5 victory two weeks ago over Richmond Hill which featured a whale of a defensive effort by Glynn.

Glynn has not allowed a touchdown in its last three games while knocking off South Effingham (35-3) and Effingham (38-0) to go with the triumph over Richmond Hill which scored on a safety and a field goal in the first half.

The Terrors have actually given up only one offensive touchdown since the Brunswick game. That was against Bradwell Institute which Glynn defeated 41-14 at home the week after playing the Pirates. One of Bradwell’s touchdowns in that game came on a fake punt play that went for a score.

Senior quarterback TJ Lewis is the leader of the Glynn offense. He scored the game’s only touchdown against Richmond Hill when he kept around left end for a 38-yard scoring run, hurdling over his lead blocker and a defender on his way to the end zone.

Glynn’s offense also features fellow senior running back Caden Hutchinson and junior receiver Jayden Drayton who also plays in the defensive secondary and played close to 100 snaps in the game two weeks ago against Richmond Hill.

Statesboro started out slow this season as it dealt with Covid-19 troubles which included having several players sidelined by the virus. Also, Statesboro head coach Jeff Kaiser was hospitalized twice while battling the virus and missed the team’s first three games which the Blue Devils lost.

The team would lose five of its first six including its opening two region games to Richmond Hill and Brunswick, but the Blue Devils have won their last three league games against Bradwell, South Effingham and Effingham.

Last week’s game against Effingham in Statesboro was a 35-33 shootout. The Rebels scored inside the final three minutes to get within the two-point final margin and recovered an onside kick. They advanced to the Statesboro 32-yard line in the closing moments before the Blue Devils were able to stop them and end the game.

Effingham threw for 350 yards while Statesboro rushed for 350 yards with three ballcarriers going for more than 100 yards. Ames Rackleff ran for 115 yards and two touchdowns to lead the Blue Devils, Aundrell Grace followed with 113 yards and also tallied two scores and Jaylin Mikell carried for 108 yards and a touchdown.

Glynn is 2-0 versus Statesboro under head coach Rocky Hidalgo. The Terrors defeated Statesboro 48-16 in Brunswick in 2014 which was Hidalgo’s first season at Glynn. The Terrors blasted the Blue Devils 49-3 in Statesboro the following season before playing for a state championship at the end of the season.

This will be the first meeting between Hidalgo and Kaiser who took over the Statesboro program prior to the 2017 season. Kaiser is a former football and baseball standout at Statesboro. He played football at the University of Georgia. He was previously head coach at Tattnall County.