The Glynn Academy basketball teams have both played several games, and so far both Glynn squads look pretty good on the court. 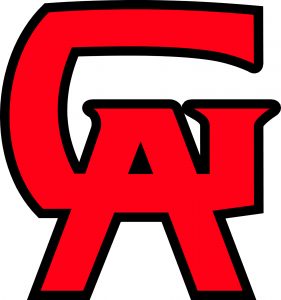 Through seven games, the Red Terrors are 6-1 overall. On Tuesday night, the team opened its Region 2-AAAAAA schedule with a 64-55 victory at home over Bradwell Institute.

Meantime, the Lady Terrors are off to a 4-1 start which also includes a win in their region opener against Bradwell. Glynn defeated the Lady Tigers 56-49 at home on Tuesday.

The GA teams are set to play at Brunswick High on Friday in the first of two scheduled region matchups with the crosstown rivals this season.

With both Glynn teams looking to keep their solid seasons going, here is a look at the Terrors and Lady Terrors going into the Friday games.

Zoesha Smith is no longer with the Lady Terrors.

The All-State performer and former Region 2-AAAAAA Player of the Year is now playing for the University of Georgia.

And also gone are all the other seniors who picked up their diplomas along with Smith after helping the Lady Terrors to a second straight region championship and a runner-up finish in the Class 6A state tournament last March.

But after seeing the early growth of her new-look team in practices and its first few games over the last six weeks, Glynn coach Sharnesha Smith is optimistic about the prospects for another winning season for the GA program.

“These kids have been in our program anywhere from two to four years, so they understand our culture and the important of discipline which we preach every single day,” said Smith, now in her fourth season with the Lady Terrors . “We’re young and have a lot of room to grow. But, the players are working hard and doing everything we tell them to do.”

Glynn opened the season with a win over Colquitt County (45-36) before falling to Tift County (43-40). The Lady Terrors bounced back with a 36-35 victory at Valdosta before also defeating Liberty County (69-34) and Bradwell.

Point guard Akirria Mountain, a 5-foot-5 junior, and 5-11 sophomore post Shamya Flanders have been leading the Lady Terrors thus far. Flanders is averaging 11.5 and 9.5 rebounds per game while Mountain is currently the team’s top scorer with her 15 points per game.

Joining those two in the starting five have been sophomore guard Alindria Dudley, senior shooting guuard Ashanti Riley and junior forward Paris Smith who is averaging 6.5 points and 7 boards.

The Terrors won only nine games last year while losing 20.

But it was fairly clear to anyone who saw them play early in the season and then again late in the season the Terrors were a better team in the latter days of the regular season and going into the postseason than they were at the start.

They proved as much, too, when they won their opening game in the Region 2-AAAAAA tournament which assured them of a state-tournament berth before upsetting top-seeded Brunswick 69-48 in the tournament semifinals two days later.

At the end of January in their second regular-season contest, Glynn flirted with a victory over BHS before falling 62-60 on Brunswick’s home floor. The Pirates had beaten the Terrors 69-52 to begin the month in the GA gym.

This year, GA knew it wouldn’t sneak up on anyone in the region, especially the rival Pirates. And they surely won’t now after a fast start as Glynn is 6-1 in the early going with the region win over Bradwell as well.

Last week, Glynn topped Benedictine (50-44) on the road before winning at home over Liberty County (87-51) last Saturday and then knocking off Bradwell on Tuesday.

Several coaches in Region 2 have tabbed the Terrors as the team to beat this season in the league, but GA head coach Terrance Haywood isn’t about to take that bait and hopes his players don’t either.

“It’s a tough, tough region,” Haywood said. “It’s gonna be a dogfight. “Nobody’s a favorite to me. You’re gonna have to play every single night.”

Richmond Hill, the defending region tourney champion, is currently ranked No. 6 in the state. Brunswick is 3-0 so far. The Pirates won three region titles in a row and finished first in the league standings during the regular season last year.

Statesboro was a top-10 team all of last season in Class 5A and has moved into the region this year along with South Effingham. Bradwell Institute could be a darkhorse and Effingham returns the bulk of its lineup, too.

“I feel like we have good potential, but our goal is to keep getting better, keep improving,” Haywood said.

Glynn’s top player is senior Max Hrdlicka. The 6-foot-6 standout recently signed with North Florida. He is currently playing point guard for the Terrors, but can really play any position on the floor.

In the post, the Terrors have been starting 6-5 junior Tyson Rooks and 6-4 senior Ivan Groom. Rounding out the first five have been wing players Tray Dickens and Quay Dickens.

Joining the team this week after finishing out the football season with Glynn are senior guard D’Marion Hayes and senior forward T.J. Lewis, who is committed to play football at Louisville. Lewis, who plays quarterback for the Terrors, was named the Region Player of the Year just this week in a vote of the Region 2 football coaches after leading GA to a region title and a first-round playoff victory in their 8-4 season.

“We hit the ground running and tried to pick up where we left off,” Haywood said about preseason practice. “We’ve got a great group of kids. They’ll play hard and do what we ask. We took a our lumps last year, and hopefully we grew from that.”