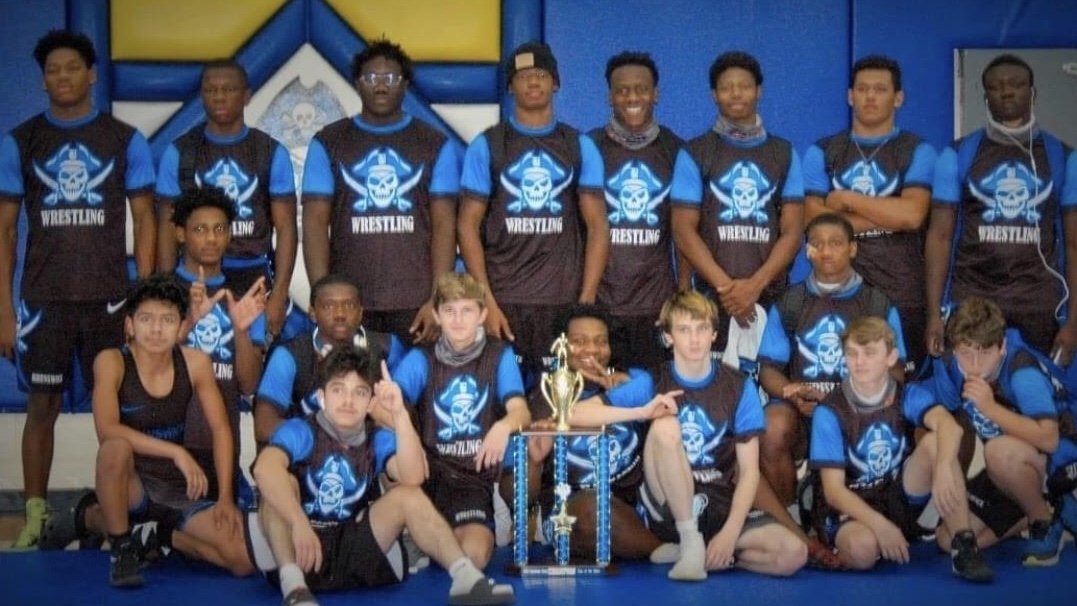 The Brunswick High wrestlers won the championship this past Saturday at the Duals at the Dunes at Fernandina Beach High School!!

Undefeated Wrestlers for the Pirates were:

BHS is currently 10-1 on the season in matches and is ranked No. 5 in the Class AAAAAA state poll.